Give 'Em the Finger 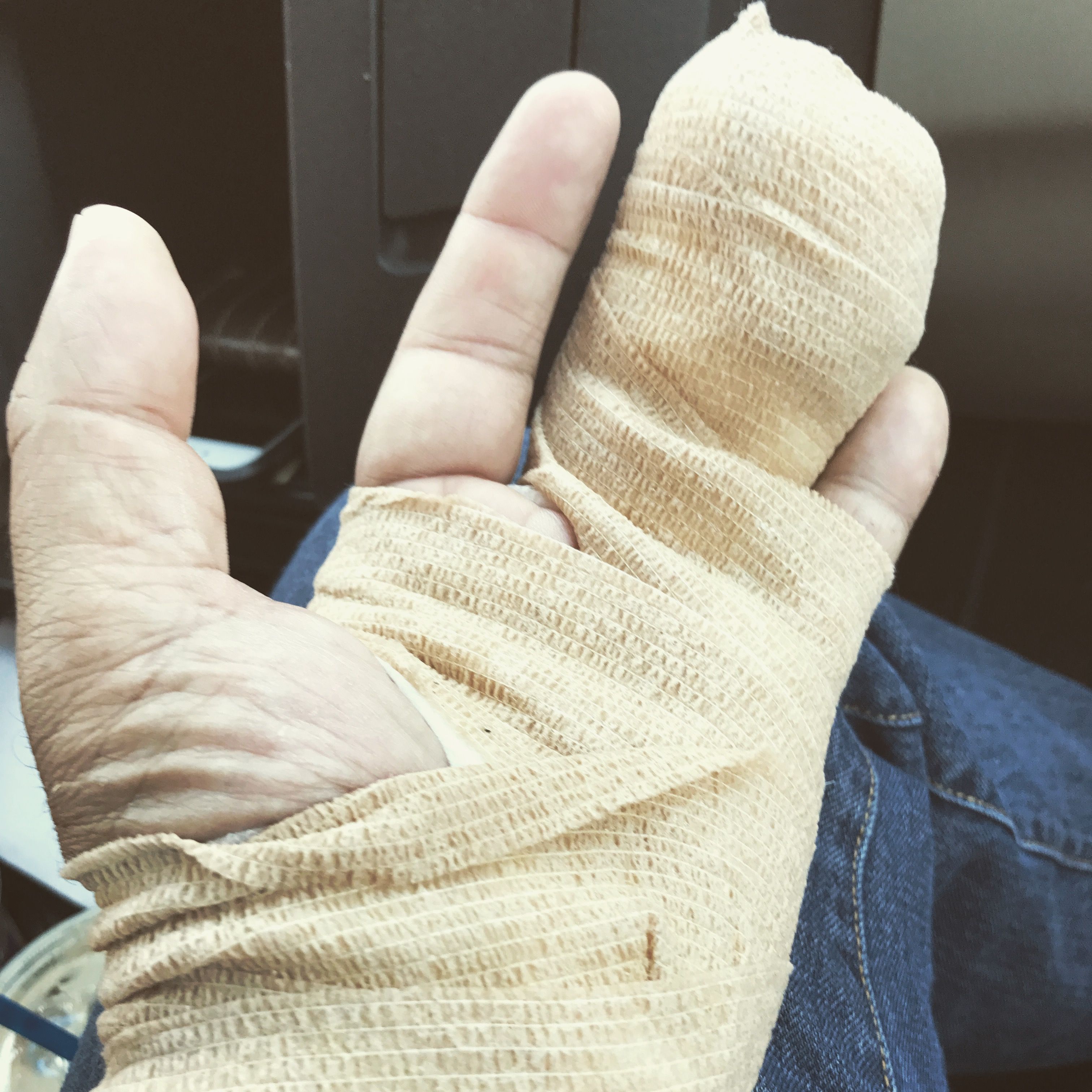 I got an email recently asking the status of the solo LP, and when I think it might get released.

Well . . . it isn't just a matter of funds, or time, or any of the other sundry single dad reasons you normally have for procrastinating things like this.  I, put simply, can't play the guitar at the moment.  Haven't been able for awhile. 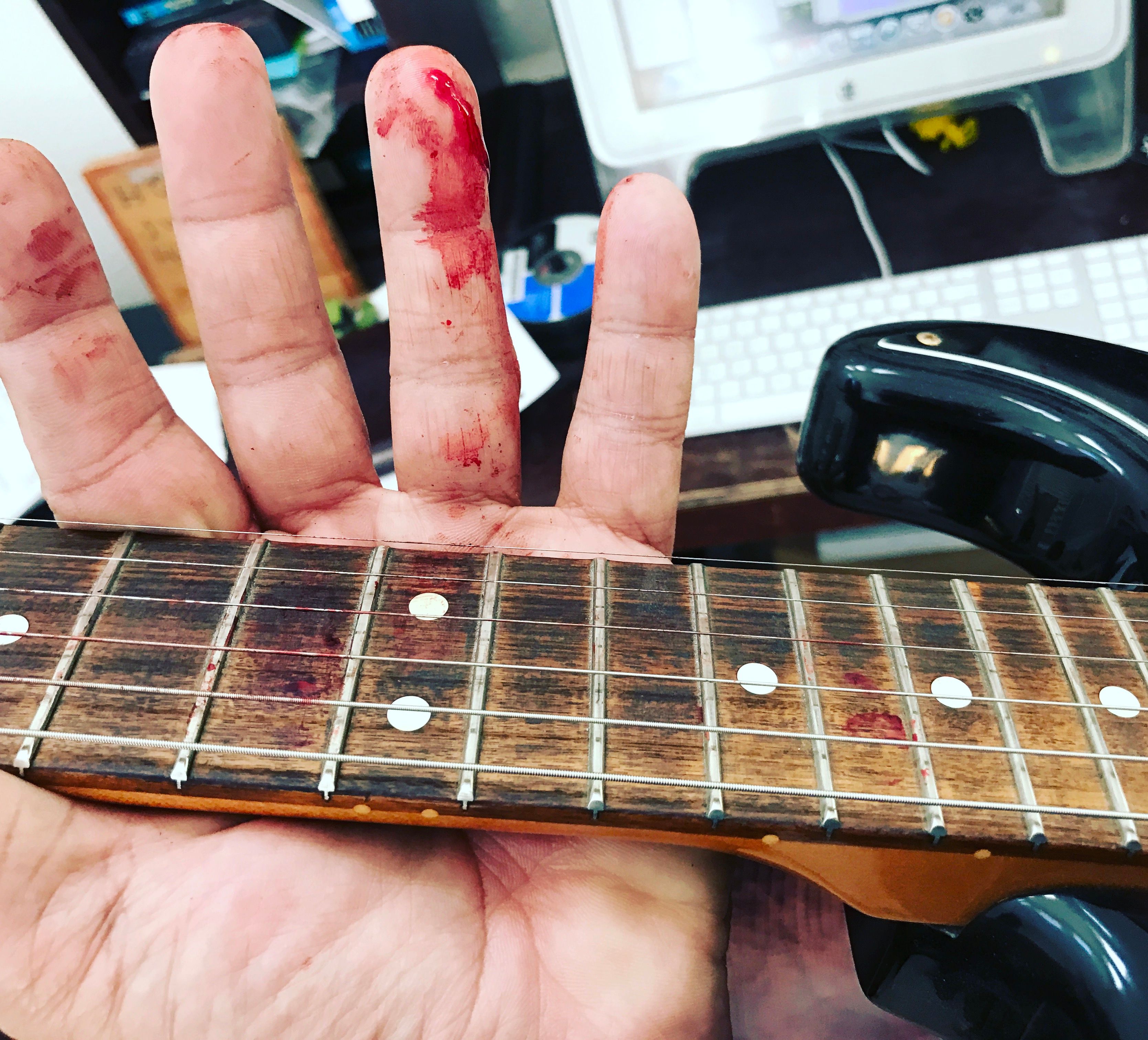 It actually started here . . . months ago.  I was recording a cover tune for an annual video I do for my family.  I played a little too hard, too long, and my finger started to bleed.  All over my Fender Stratocaster.  I bandaged my finger up, limped through the rest of the recording session, and moved on.

Except my finger didn't move on.

It never healed.  It got infected, somehow, and I went through an entire course of antibiotics and antibiotic cream and what have you.  Then it just didn't heal right.  It started growing cells kind of out of control and hurting and it just was a mess.

Which then led to the very first picture up there . . . the giant middle finger (not giving you the middle finger, bear with me).  I had to have surgery on my hand, a big chunk of that finger cut out, stitches, and now weeks and weeks of recovery.  That will be followed by weeks and weeks of building the strength in that hand and those fingers.

We have an August fundraiser that we are playing and it worries me to no end.  I am also determined to finish the record, though I don't know when that will happen.  Hoping to get demos for the remaining 8 or so tracks completed sometime after August.

So for those of you listening, THANK YOU!!! For those wondering, yes, I'm still planning to complete this project.  I just have to be able to play the guitar to do it.